“Creating a Way where there is No Way”

Tactical Awareness Systems (TAS) offers an answer to today’s senseless crimes of physical violence by providing the tools, skill sets and intent necessary to avoid, evade, neutralize or go through a threat. The program develops your body, mind and spirit to deal with multiple threat levels in a multitude of scenarios in a high level training atmosphere. TAS develops these skill sets though specific fighting systems, each system is focused on different Ranges, Energies, Weapons, and Intent. 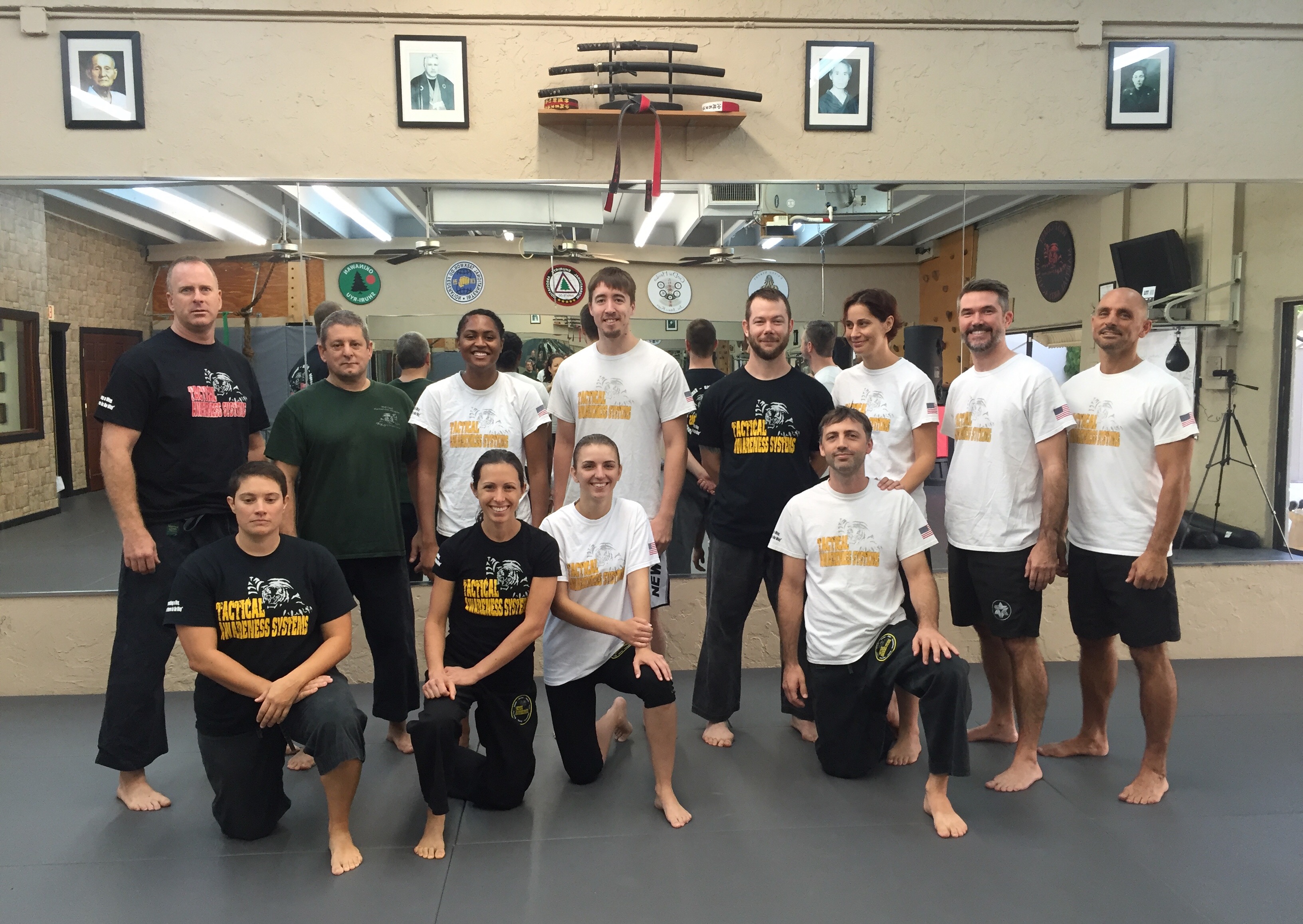 Shihan Schwartz was born and raised in New York. At a very young age his parents recognized his high energy and decided to channel and focus it through the Martial Arts. He was 8 years old when first enrolled in Karate and then later joined Kung Fu, Boxing, and Kick Boxing. At the age of 15 his family relocated from New York to Sarasota, Florida where he started as a white belt again and enrolled at West Coast Martial Arts Academy and trained with the former Head Instructor Hanshi Steven Roensch for the next 20 years.