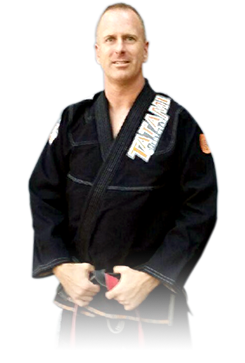 Shihan Schwartz was born and raised in New York. At a very young age his parents recognized his high energy and decided to channel and focus it through the Martial Arts. He was 8 years old when first enrolled in Karate and then later joined Kung Fu, Boxing, and Kick Boxing. At the age of 15 his family relocated from New York to Sarasota, Florida where he started as a white belt again and enrolled at West Coast Martial Arts Academy and trained with the former Head Instructor Hanshi Steven Roensch for the next 20 years.

Over the last 31+ years of training he has had the privilege to train with such wonderful instructors as Hanshi Pachivas, 10th Dan (Karate), Hanshi Bowles, 10th Dan (Karate), Hanshi Ridgely Abele, 9th Dan (Karate), Guro Dan Inosanto (Silat, Kali and JKD), the Machado Brothers (BJJ), Yorinaga (Yori) Nakamura (Shooto), Ajarn Chai Sirisute (Thai Boxing), Sifu Fong (Wing Chun), Sensei Jim Hanna (Aikido), Sifu Berlin (Chi Gung) and Erik Paulson (Shooto/MMA) to name a few. Along the path, he has also been a full contact fighter in Boxing and Kickboxing as well as competed in Shoot Fighting/MMA from 1997 to 2003. He has traveled all over the country training and competing and has won numerous Karate, Jiu Jitsu, and Shoot Fighting tournaments throughout his Martial Arts career.

Shihan Schwartz now holds a 7th Dan in Go Dai Henka Jiu Jitsu Ryu, a 6th Dan in Shuri-Ryu Karate-Do, a 6th Dan in Shinto Yoshin Jiu Jitsu, and awarded the title Sifu in the Art of Jing Shen Jie Fang “Free Spirit” Kuntao. Additionally, he holds a Gakusha grade in Okinawan Kobudo, the ancient art of weapons. Shihan Schwartz has also been recognized for his many accomplishments such as:

Due to his Abilities, Skills and Knowledge in a vast number of systems, Shihan Schwartz is in high demand for seminars. He has affiliated schools in both England and Germany. For upcoming seminar information or to have him host at your school/facility contact him at s.schwartz@wcmaa.com